TKM9 were enlisted as a part of the Westpac Centre Revamp to provide a range of interactive and engaging experiences for Collingwood Football Club. They were as follows:

For each of these experiences I also added functionality to run custom reports outlining their various usage stats. 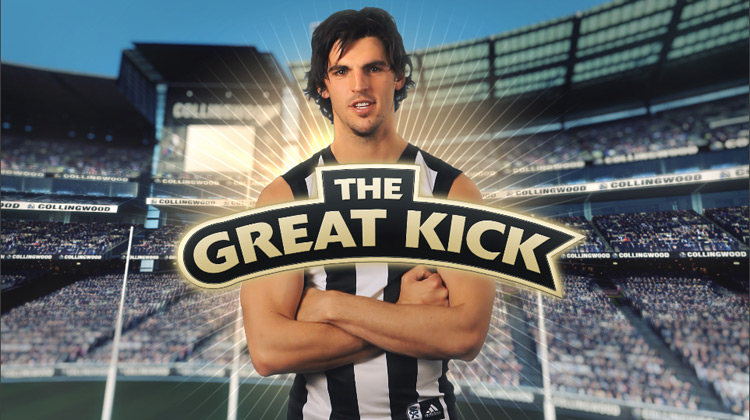 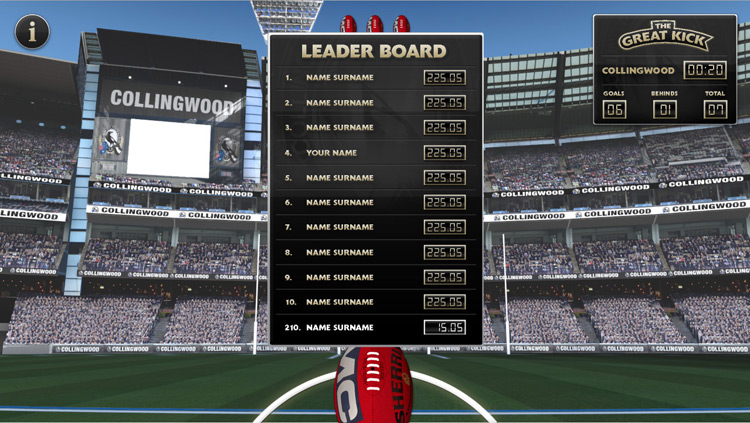 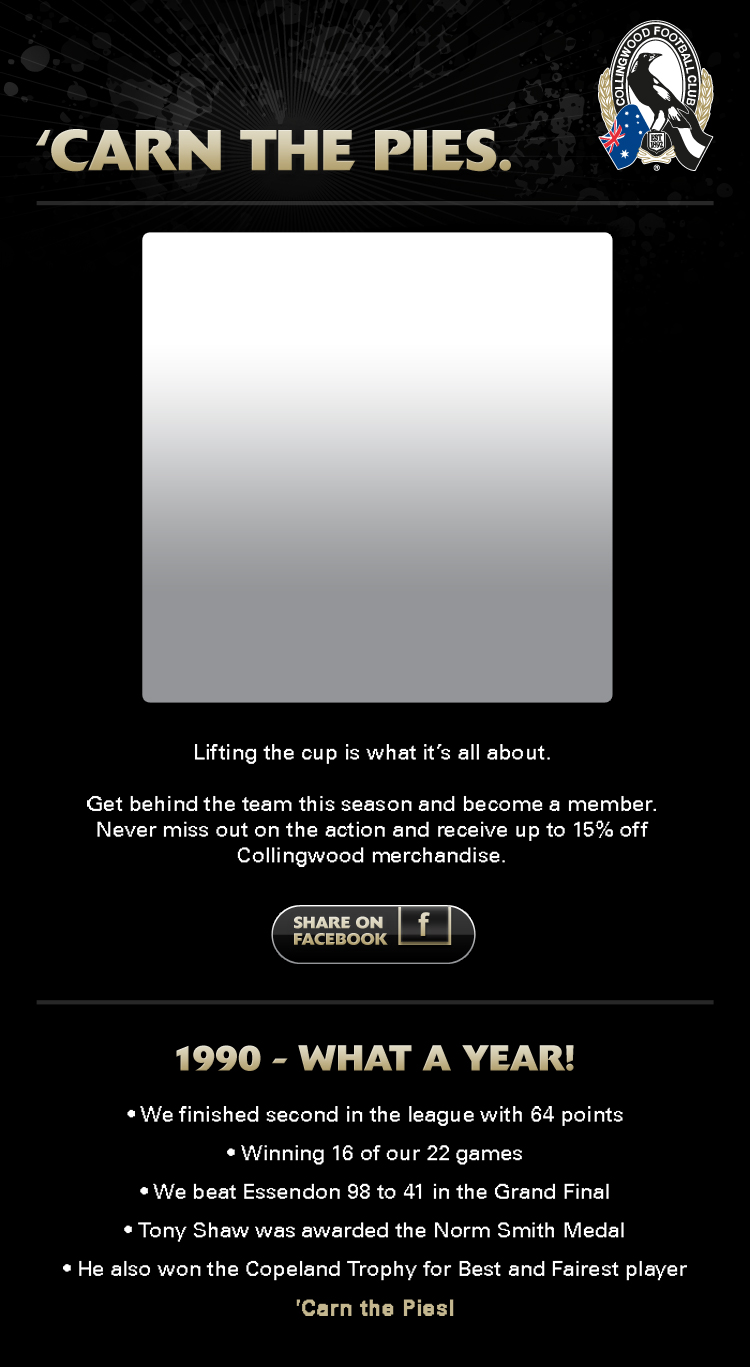