“With the aesthetic of an old-school ice-cream van, The Sportsgirl Flavourlicious Van is a unique and interactive concept offering a complete digital experience.”

“Users are invited to scan an item of their clothing and once registered are handed an icey pole matching the colour of their garment by a human hand via a trap door built into the van, seamlessly mixing digital and human interaction.” – Taken from Melbgirl

My role in this project was to develop the micro website, both a desktop and mobile version. Alongside a designer, Mel Huang, I wrote the initial user journey and functional spec and then Mel completed the designs. All of the Front End Development for both versions of the site was then developed by me and passed onto a couple of Freelance developers for the WordPress integration due to time constraints. The entire microsite was planned, designed and developed over approximately 3 weeks. 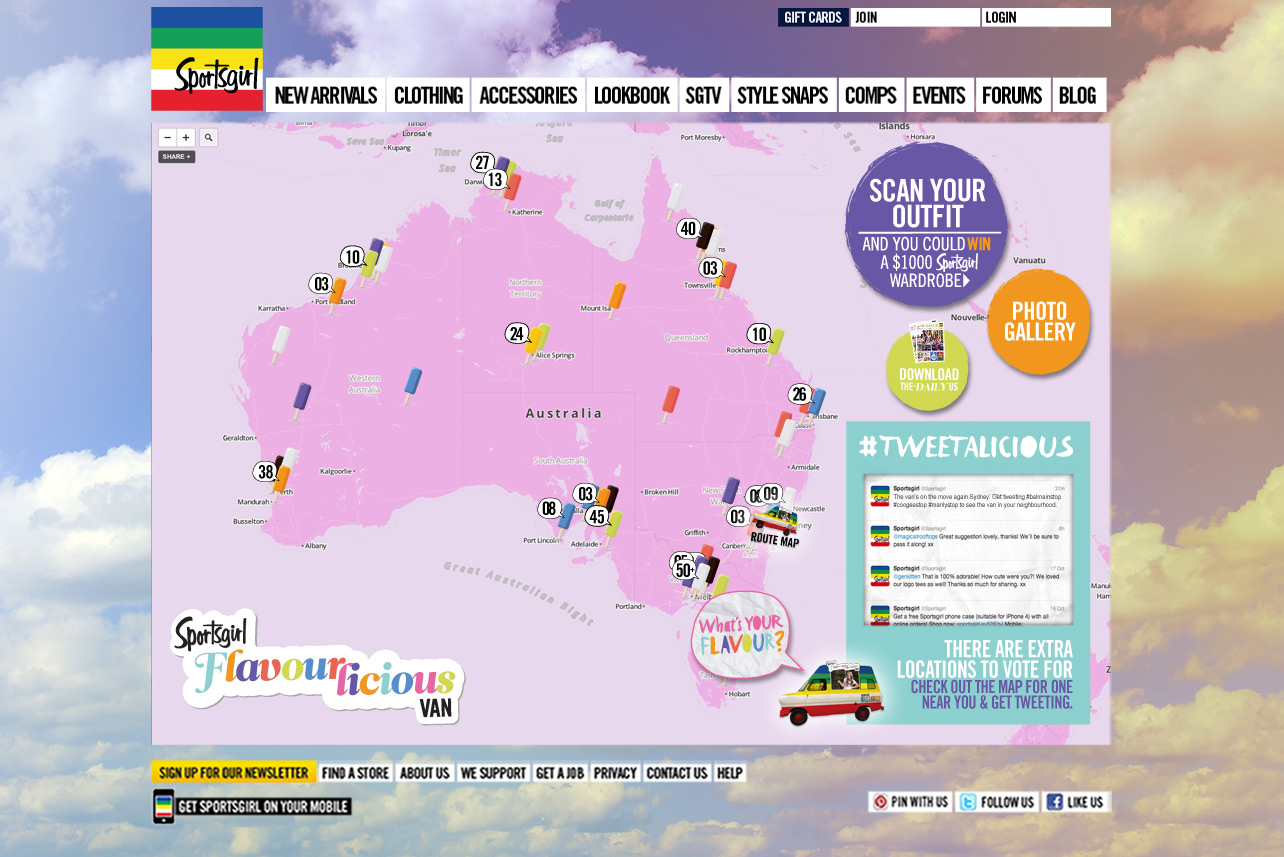 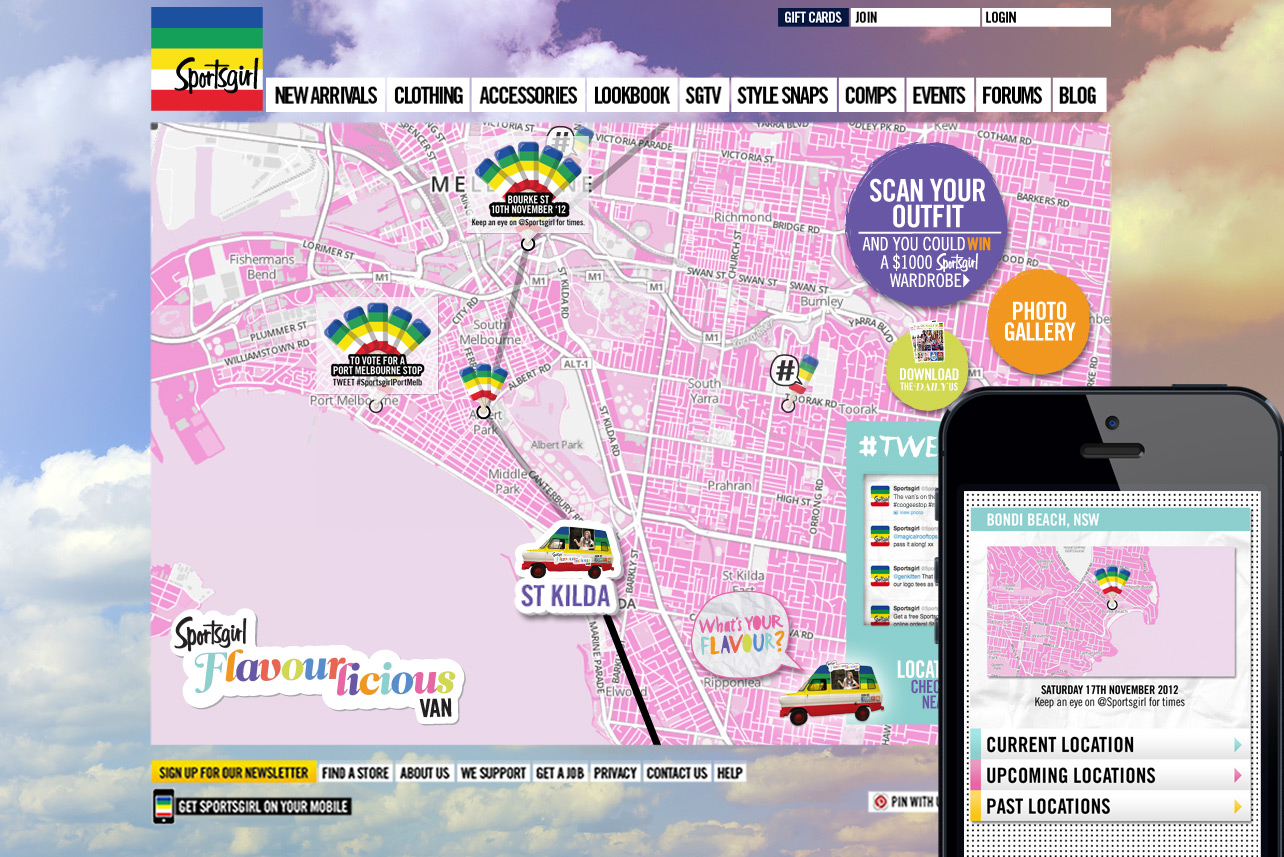 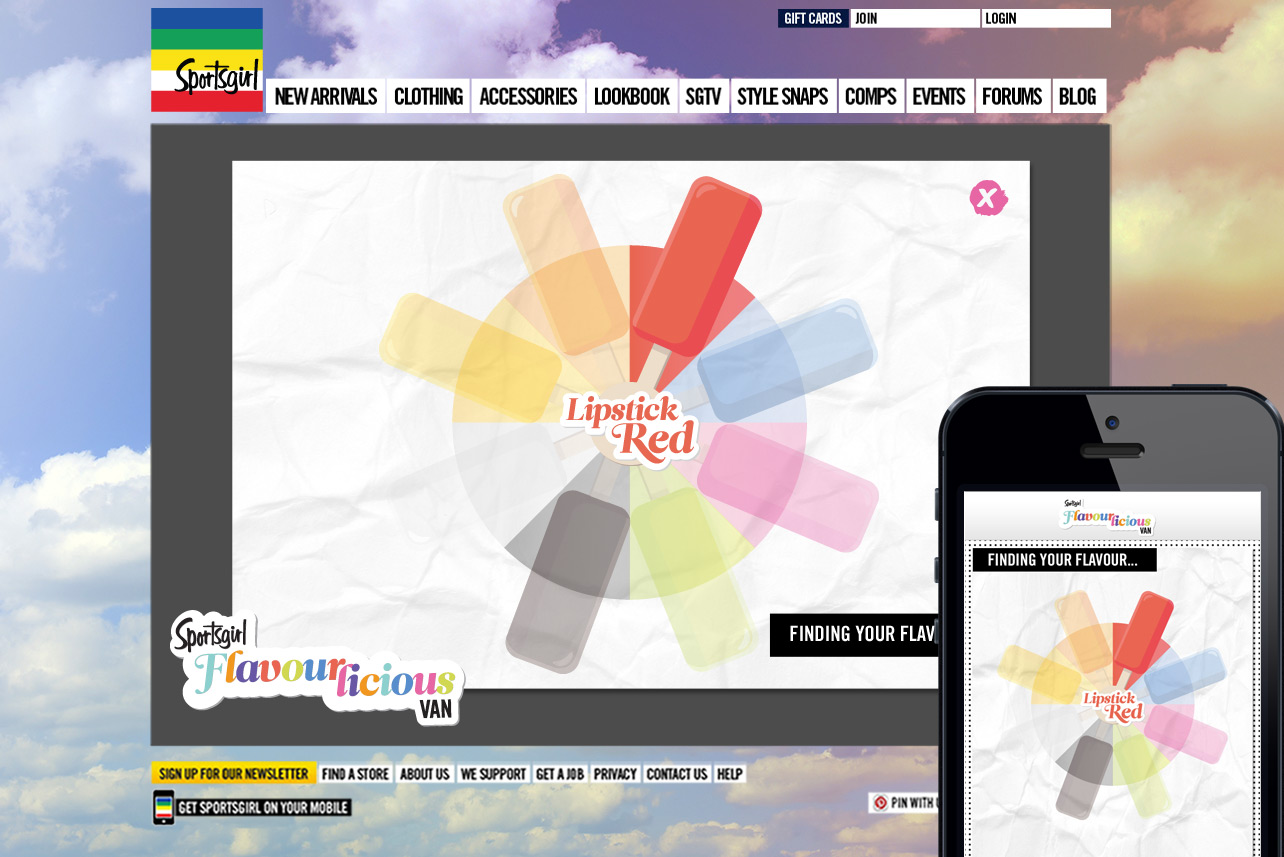